Why is building teams so hard? 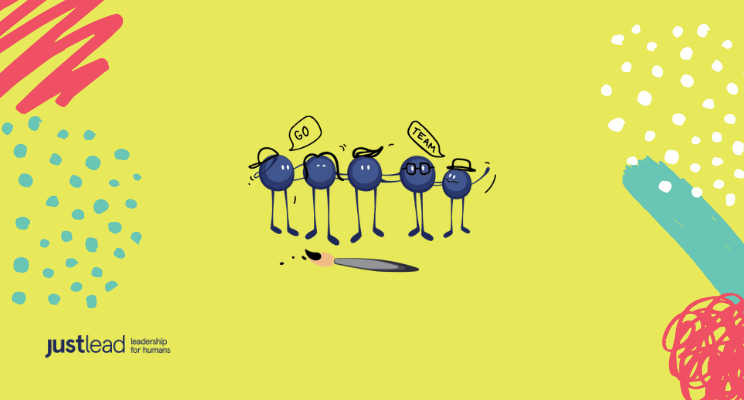 It’s a continuous challenge to build a team that consistently performs well. There may be plenty of examples of great teams to aspire to. Limitless theories of what makes a high performing team. Any number of tools we can use to help us.

Yet, it’s one of the biggest struggles of mangers and leaders to build a truly high performing team.

So often we turn to sports to find the secret elixir of team building. We analyse the dynamics and mechanics of how top teams perform consistently. But it’s not often we appreciate that behind every high performing team, there’s a team that’s sole purpose is to build the team and its performance.

Elite teams have coaches, mentors, psychologists, scientists, technicians and an array of other experts, all employed to create the conditions, strategies and activities that bring individuals and the team as a whole to peak performance when it matters. But, how often do teams at work have that kind of support?

To be fair, there are many teams who have coaches or other work experts to help but mostly that responsibility falls to the leader on a day-to-day basis. And, there’s the challenge.

For most people leading teams it’s not their first order of work. We like to think we prioritise building and supporting our team as our top priority but mostly this isn’t the case.

It doesn’t make them bad people, or leaders, it’s just the reality of business life.

I’m the first person to place responsibility for team building squarely with the team leader. But, I also know that the best performing teams share the responsibility and accountability for how their team works.

When all members of a team play their part and do their bit to build their team every day, the team as a whole goes further faster and enjoys their work more in the process.

High performing teams don’t diminish the role of team leader. They expand its importance by everyone showing leadership creating the space for the leader of the team to play a bigger role and make a bigger impact.

When teams lead collectively, they become tighter as a group of people. The bonding is stronger and the impact more progressive.

It’s not so much about how you can build your team, but how can you make your team tighter so the collective contribution makes high-performance inevitable.

Because building teams is such a challenge for so many people, I’ve teamed up with Out of Office to talk team leadership. We’ll be taking time away from the office to think about how our teams work and what we can do to make it easier, simpler and more fun to build our teams.

Would love to know what’s your secret to building your team. Leave a comment, and share your team’s performance elixir!